Da Mama told me I have to get my column written before we get home, so I’m in the car on the big ship da Mama calls “the ferry” trying to remember what I’ve been doing. I wish we were in the motorhome – that’s really comfy for me when we go in this big ship over the water, but this time they’ve left me in the car. It’s okay though – I have my couch and some water, and I‘ve been in the ship lots of times now so I’m not really worried. It’s really dark and noisy though.

I’ve done lots of stuff in the last couple of months. Papa went away for a long time with my big sister Shannon, and Mama left me for a few days too. She said I couldn’t go on the plane – I don’t see why not when I can go on the boat and the motorhome. 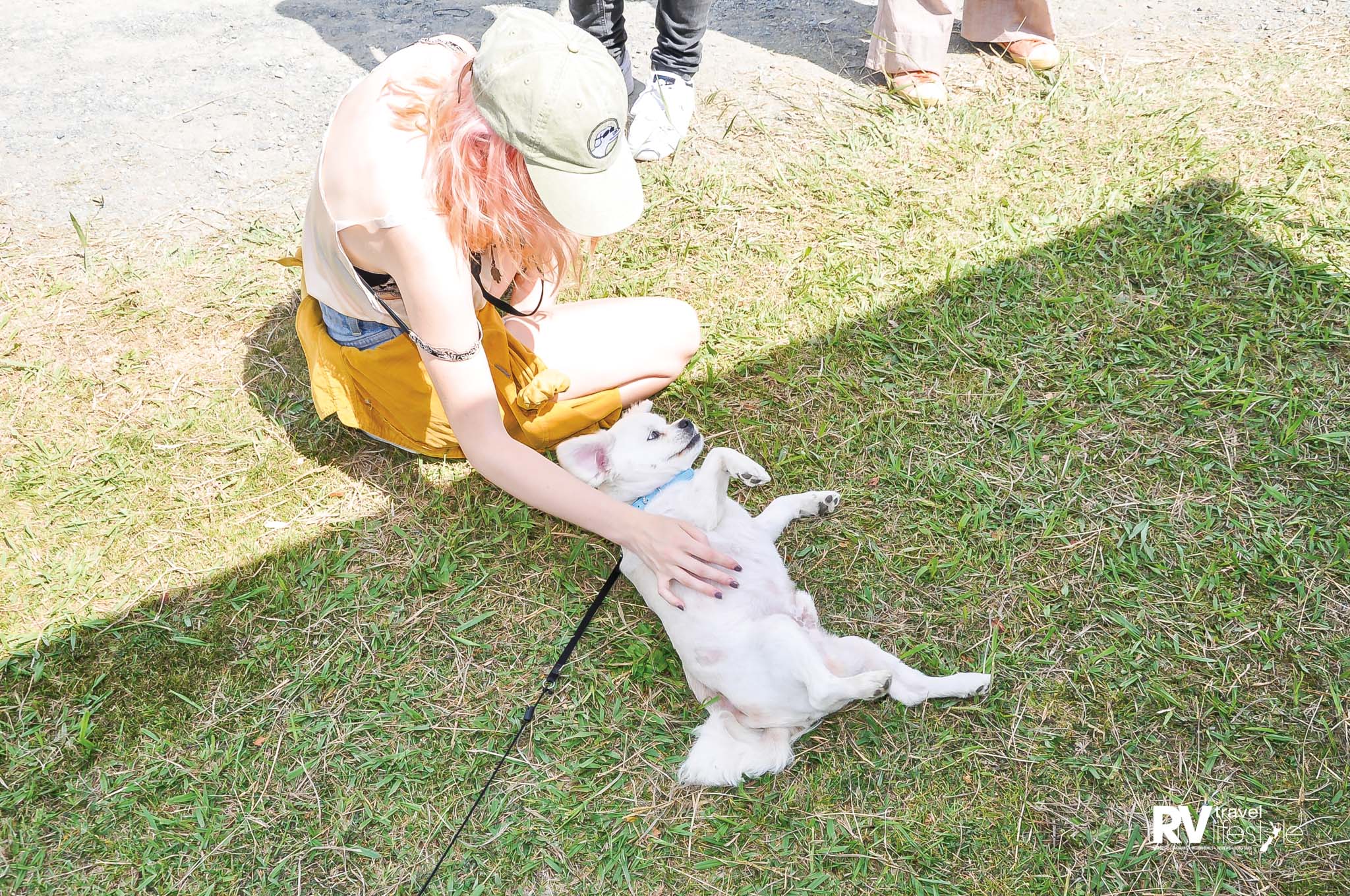 When she got home I got some presents – some of them were yum yum chicken treats, I really liked those. But then she put some silly dark things over my eyes and around my ears – she reckons they’re cool and good for my eyes, but I just kept shaking them off, they were weird. Then Papa came home and I got another really cool present – a big seat for in the car. It’s so great. Now I sit in this booster seat and wear my harness and am safe and secure, and I can see out the window easily. It’s super comfy too with some cuddly sheepskin, as Mama calls it. Now I like going in the car, because I can see everything so I’m woof woof happy.

One weekend we went walkies up-town and there were lots of cars parked all over the road, I was allowed to walk around them as Mama and Papa checked them out, funny cause I’m not usually allowed on the road.

Last week I could tell something was going on. Mama and Papa were putting lots of boxes and stuff from Laura’s office into the car, so I knew they must be going somewhere. It was woof woof exciting when I saw my seat go in the car, and then they put my couch in there too, so I hopped into the car ready to go. But they made me get out saying “Not yet Caspie, not yet”.

Next day we all got in the car and off we went, over the big hill and down to the ship we’ve been on lots of time. They said we were going to a big rally and there would be lots of other doggies there for me to play with, so I was very excited.

We stopped a few times when we got to the other side of the water. Mama and Papa took me to a nice place with lots of people who patted me and I got some of that funny stuff Mama calls fish for lunch. Then we drove for some more time and got to a new house that Mama said would be home for us for a while. I had a great time there with the other doggie, and a big huge park was right there for me to go walkies lots of times in between Mama and Papa working on their computers all day.

I did get into a little bit of trouble though for barking at the other people when they came up our stairs and went into a door near ours, I thought they were coming to us. Once I worked out which part of this new place was ours, Mama said I was very good, and I was allowed to take myself for little walkies around the garden when I needed to go private things – woof, you know what I mean. 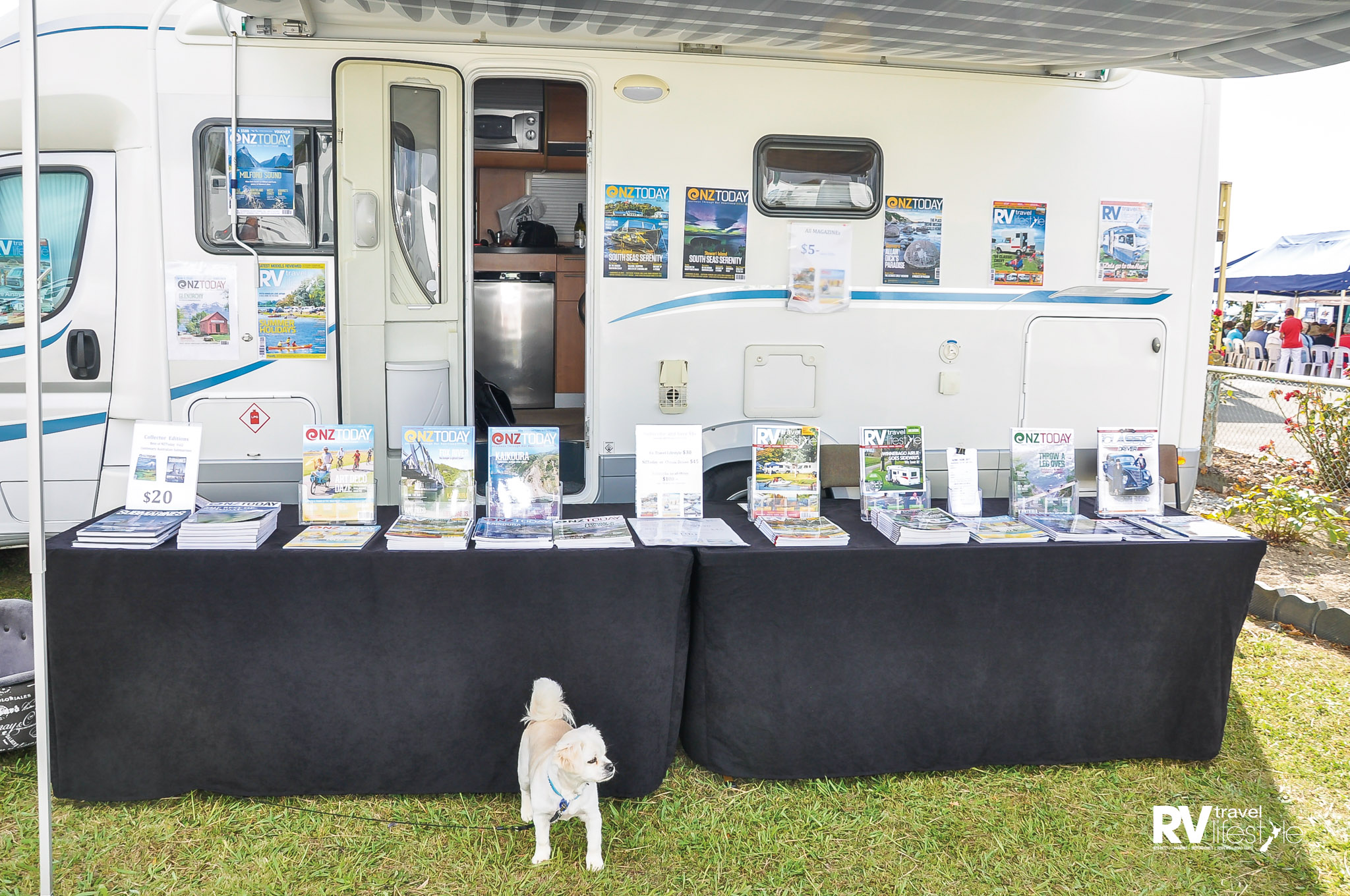 Mama thought I might hurt my leg again on all the stairs, but I could race her up them easy and I think I’m faster now than before, though I did take it carefully going downstairs in case I fell down to the bottom – that wouldn’t have been fun.

I didn’t like it much when we went for a drive. Papa met some people in a caravan and decided to leave me with these strange people! He put my couch down by their chairs, gave them my lead and left me there. I was really scared at first, but our car was there too so I thought they must be coming back. I kept looking and smelling for them, even when I got taken for a little walk by these other people. Finally I could smell da Mama, and they came from a big building, woofy-woof-woof thank goodness. It was better than being in the car though, so I wasn’t too mad.

After a few days, we went to another place and there was a motorhome, all the work stuff in the car came out and Mama said it was work time. This was great fun. I really did meet lots of other doggies, and so many people came to pat me and talk to me that I felt like a real star. I was worried when Mama and Papa left me in charge for a little while, but it was all okay – they soon came back. 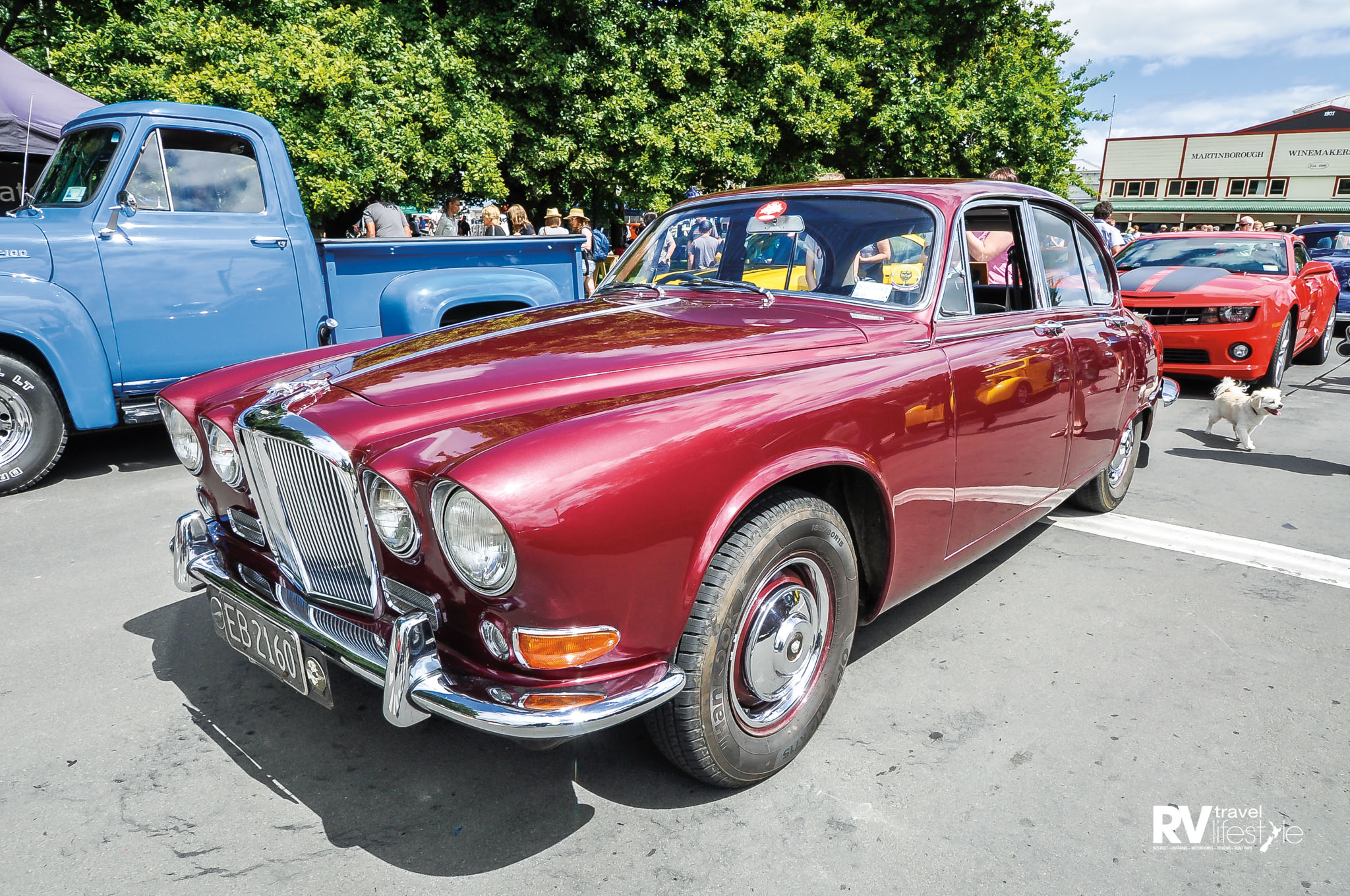 Then today Mama drove the car to the motorhome and they packed up all the work things again, and I saw that my couch, my bear (my favourite toy) and my water bowl were in the car too. Mama said “Let’s go home Caspie.”

Woof-woof, yes please – I want to be able to run around without my lead on and I miss being at home, though I don’t want them to leave me behind there when they go away. We stopped at the food place again, and Mama shared some more yummy fish, then it was off to the big ship again.

I can’t wait to get home, woof-woof. It’s great to go away with Mama and Papa, but I do love going home again.

Talk to you next time. 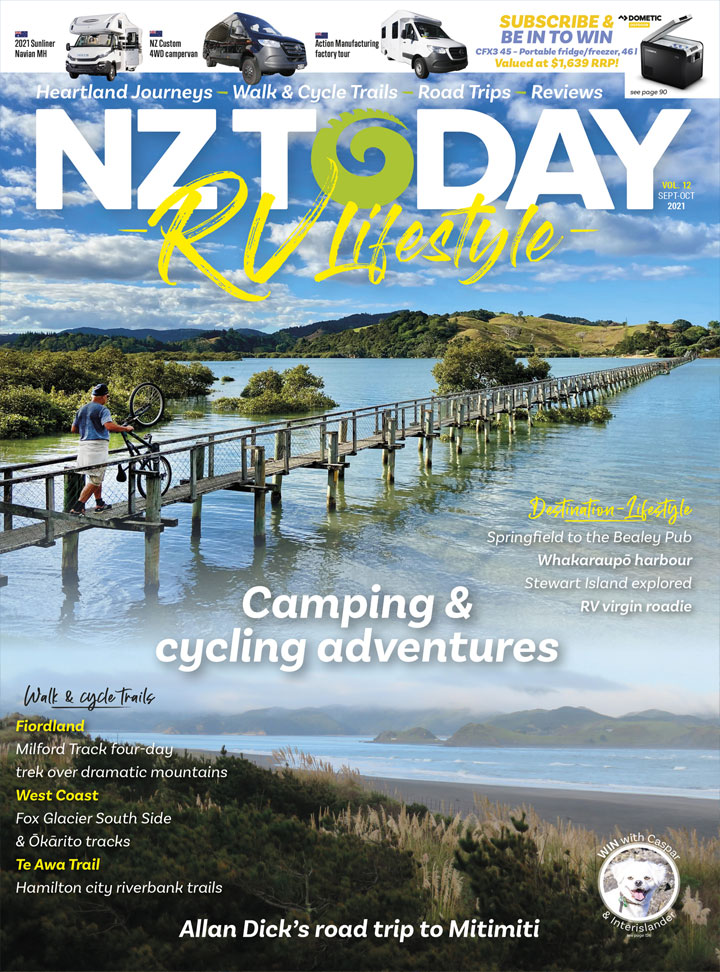